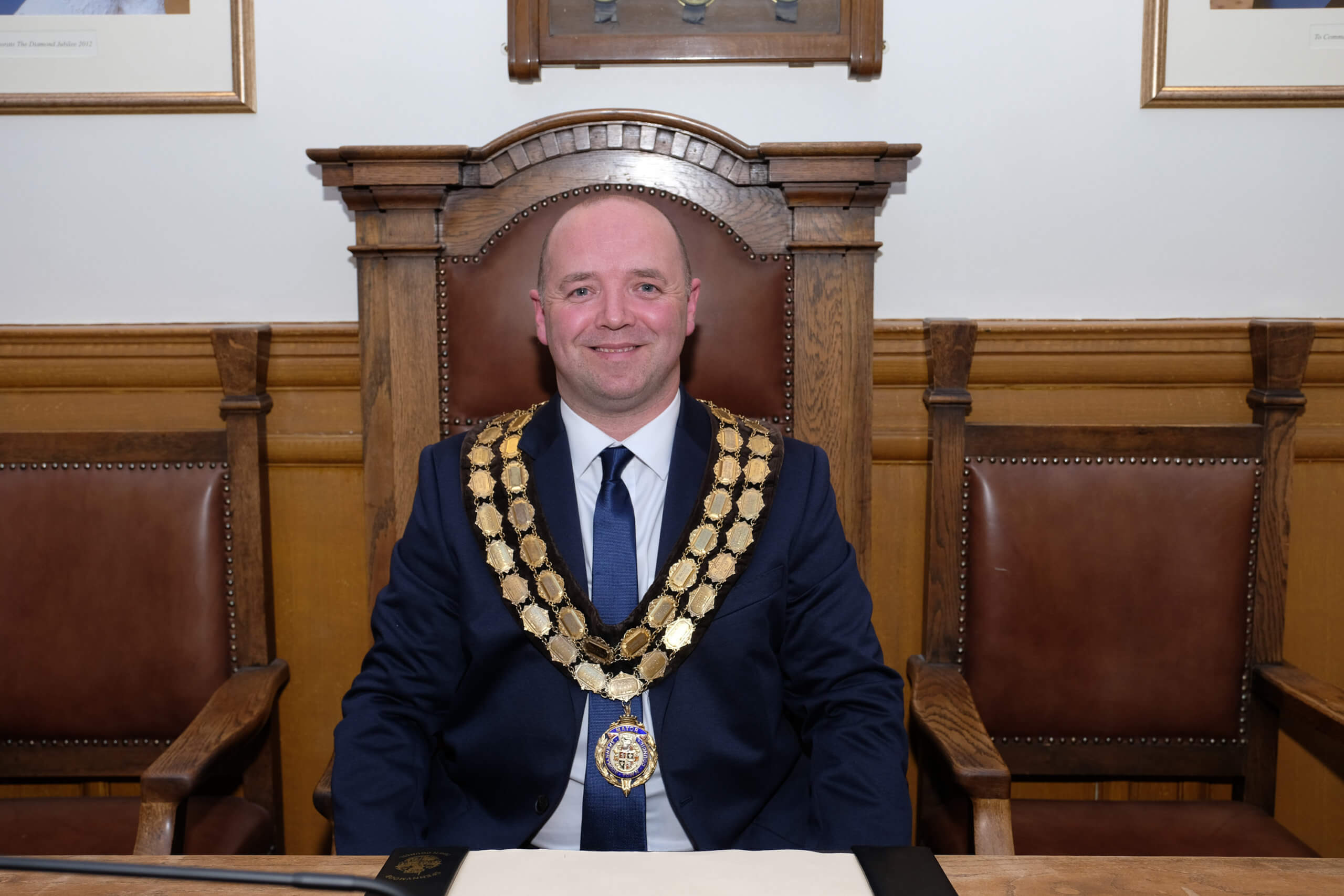 The new civic head of Spennymoor has put physical and mental wellbeing at the top of the agenda for his mayoral term.

Cllr Dean Ranyard, 41, who has lived in the town since 2013, also pledged to work with officers and fellow councillors to help continue the progress the town has made in recent years.

Cllr Ranyard, who is a train driver and has served on Spennymoor Town Council since May 2017, said: “It is a great honour and privilege to take up this position and I’d like to pay tribute to my colleague, Cllr Neil Foster, who has served Spennymoor fantastically during one of the most challenging periods in our history.

“I am humbled to have been made Mayor of this special town, which has such an incredible sense of community. The people genuinely care for the area and fellow residents, and that is something I have not failed to notice since coming here.

“I feel like I’m very much part of a real community, along with my partner Cllr Beckie Calder, who is Spennymoor born and bred, and our four sons.

“Community and health are what I wish my mayoral year to be all about, and I will strive to serve every person, business and organisation during my term.”

Cllr Ranyard was inaugurated at the Spennymoor Town Council AGM on May 24 and has selected two local charities close to his heart to support and raise funds for during his term.

ManHealth is an organisation that runs peer support groups across the region, working with men affected by depression and other mental health issues, sharing friendship and support over a common condition. ManHealth groups are run by men with a hands-on experience of mental ill health.

The second charity is Moors in the Community, recently launched as a community outreach programme, working alongside Spennymoor Town Football Club. It works with a variety of people and groups across the town, with one of its main focuses being to enhance the physical, social and mental wellbeing of children and teenagers.

“There are many fantastic groups and organisations operating across the town and I’m really looking forward to meeting the many hardworking volunteers running them and seeing just what they deliver for local people week in, week out.

“Having lost my Dad to suicide as an eight year old child, I feel the work of ManHealth is something very close to my heart. Just over three out of four suicides are by men and suicide is the biggest cause of death for men under the age of 35.

“Moors In The Community builds on the great work of our football club, rising from the Northern League to the National League North in a short space of time and firmly putting Spennymoor on the map. This outreach work and a desire to do even more is a credit to them and a testament to how embedded they are within the community.”