Norman Cornish lived his whole life in Spennymoor, County Durham, and most of his work depicted the people and places of his beloved home town along with colliery life, as he spent 33 years as a miner.

Before his death in August 2014, aged 94, he requested that his sketchbooks would ‘have a life of their own’ so some of the 269 sketches recovered from his studio in 2012 sit in his studio within the Bob Abley Art Gallery.

The backdrop to the Cornish Room features some of his largest, most famous, and valuable paintings from the permanent collection of Spennymoor Town Council, The University of Northumbria and teh Cornish family.

The Norman Cornish Room proudly celebrates Mr Cornish’s work, and records and shares the area’s social heritage with all generations. 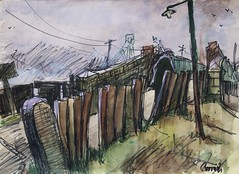 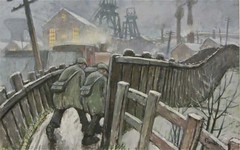 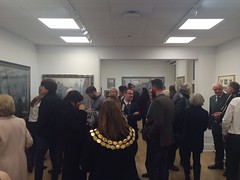 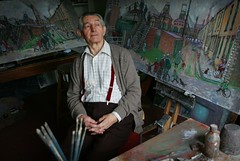 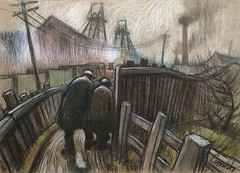 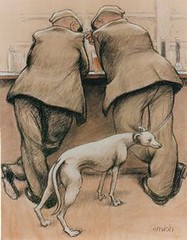